It’s time to join the band, folks! The School of Rock released an immersive 360 music video for their song, “You’re In The Band”. School of Rock will be in session starting Nov 9, 2015. DON’T BE LATE!  Be sure to check out the cast this morning on TODAY.

The Gin Game Opens On Broadway

The Gin Game starring James Earl Jones and Cicely Tyson opened on Wednesday to positive reviews. Charles Isherwood of the New York Times stated, “Mr. Jones and Ms. Tyson draw out all its nuances, as Weller and Fonsia bicker and make nice over a card table. These two superlative performers establish beyond doubt, if we needed any reminding, that great talent is ageless and ever-rewarding.” The Gin Game will be playing at the Golden Theatre through Jan. 10, 2016. Check out pictures from the starry opening night here.

“Miracles of Miracles”! Watch A Sneak Peak of The Fiddler On The Roof 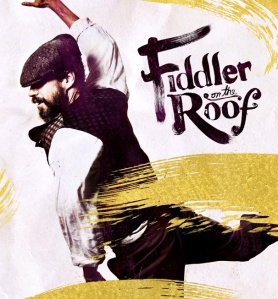 Yesterday was Press Day at Fiddler on The Roof! Listen to this extremely talented cast sing a few favorites. IMPORTANT: Danny Burstein should start preparing his Tony speech…